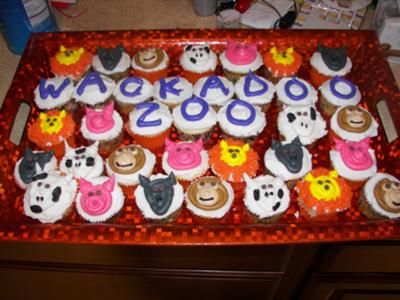 For some reason, I have lately been in love with the word “wackadoo.” As with most transient word crushes, I peak by using a word far too often. This is especially the case with words that stand out as unusual. A few weeks ago, my cousin was visiting me, and she noted that I had uttered “wackadoo” at least three or four times. Busted! I like “wackadoo” because it’s shorter and less cute than “wackadoodle,” yet less harsh than “wacko.” But it may have to recede into my past now.

According to our house dictionary (because all copyeditors must pledge their allegiance to only one), Merriam-Webster, “wacko” (first used in 1975) comes from “wacky” (first used around 1935); it’s not clear where “wacky” came from. (I would have looked it up in the Oxford English Dictionary, but we let our subscription lapse).

According to a column by the late William Safire, “The doodle ending has a four-century etymology as ‘simpleton,’ including the derogatory “Yankee Doodle” and “Curiously, the syllable a joining the two words may have been influenced by whack-a-mole.”

Safire’s definition of the “-doodle” suffix as having a “four-century etymology as ‘simpleton’” does not, of course, refer to the most modern usage of “-doodle,” that indicating dogs which are part poodle, as in labradoodle or, from a different angle, cockapoo. I personally think the suffix “-apoo” is ripe for exploitation.