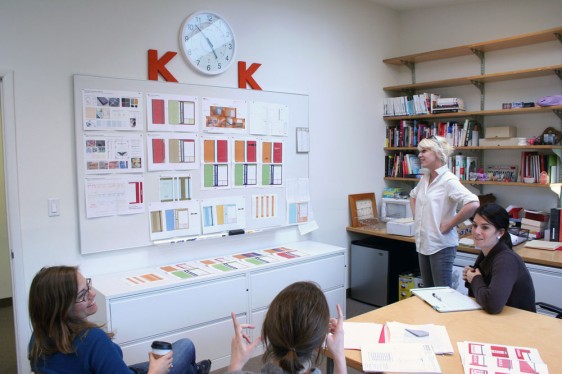 A staged Knock Knock brainstorming session. We’re no longer sure why we did this.

Over the past nine years, we’ve become brainstormers extraordinaires. On any given day, we sit our bums down, throw back a margarita (or two . . . or three—or, really, none) and put on our thinking caps not only for product ideas and sales strategies but also (at least the other day) for additional creative brainstorming methods. Yes, you could say we are addicted to the storm.

Appropriately, the first image involves a light bulb (original right?). The second image is a bubble or mind map of “human expression and communication” (the latter seems almost prehistoric; it dates to 1999—before “human communication” evolved into texting, Facebooking, and Tweeting.)

One group picture caught our eye (it was the blood spatters): the German metal band Brainstorm (yes, they actually still showcase themselves on MySpace). According to the Merriam-Webster dictionary, the original meaning of “brainstorm” was “a violent transient fit of insanity.” So the name seems fitting. It’s all in the capitalization, though. While Brainstorm is an American band, BrainStorm is Latvian, and despite our patriotism, we found the latter’s songs to be much more meeting appropriate and, dare we say, catchy.

But we know you’re wondering what an actual Knock Knock brainstorm looks like. For some reason, on our server we seem to have a picture of a fake Knock Knock brainstorming session (shown at top), and only stumbled upon it when searching for the whiteboard chaos at left. (There are probably people in the office who know why it was taken, but it’s less fascinating if we ask them.) Isn’t the reenactment neat, meaning orderly? Real creativity is messy, however,  like our genuine whiteboard spew sessions. And yes, some of it is inappropriate. It wouldn’t be a Knock Knock brainstorm—in both senses of the word—otherwise.