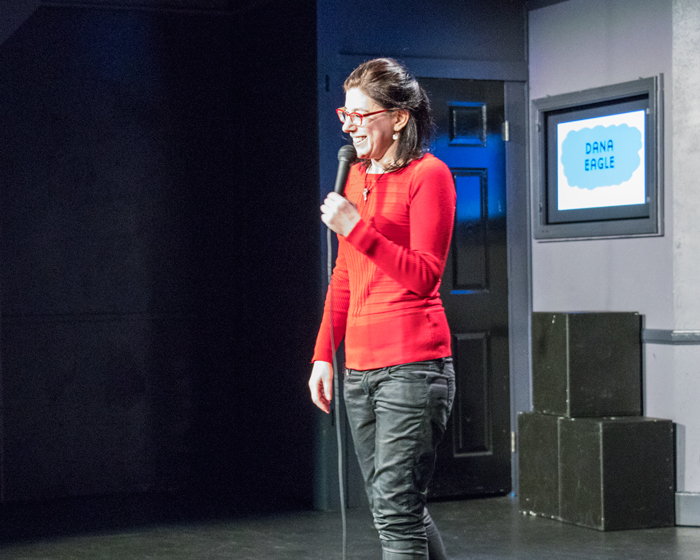 Last week, we celebrated the release of How to Be Depressed: A Guide by comedian Dana Eagle with a night of stand-up, sketch comedy, and alcoholic beverages. It was an all-around, undepressing good time!

How to Be Depressed: A Guide is now available at the Knock Knock shop and Amazon.