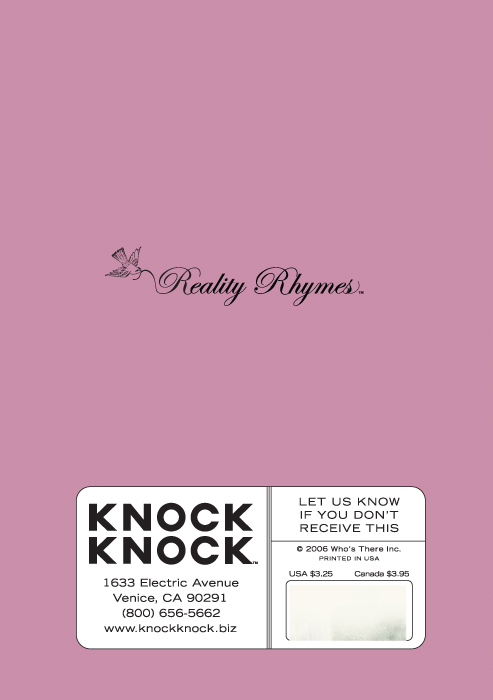 Starting this month, we will be publishing our Reality Rhymes greeting card series—one for each week of love-fest February (and other scattered holidays throughout the year). We understand if you’ll want to share our rhymes with friends, family, and lovers—and we wholly support it, if not insist on it. You can also follow our fresh Tumblr, as it plays hub to original Knock Knock content, ready for reblogging. And as always, sharing posts on Facebook or retweeting on Twitter is surely welcomed.

Is it only us, or do other people barf at those treacly cursive swirly glittery embossed schmaltzy sentiment cards in the grocery store? Those ones with the ridiculous poems that, were they to really mean something, the giver should have written him- or herself? The ones that use words like “hope” and “favorite” and “Jesus Christ” or “God” (but not in the swearing way)? We’re thinking it’s not just us. And we were really thinking it wasn’t just us when we released a new line of greeting cards called Reality Rhymes in 2006.

But they sure didn’t sell. Just like I assume that people didn’t get my joke if they don’t laugh in response (vs. thinking that perhaps it just wasn’t funny), I still think the Reality Rhymes cards are kick-ass—dark, funny, and true, but all in a cursive against an airbrushed picture of unattainably scenic perfection. I thought that people would buy the cards as jokes (and some of them for real), but apparently, for the most part, people actually buy cards to give to other people, damn them. Another thought was that visually the line was too on the nose—people looked at them quickly and didn’t realize they were parodies rather than the real barfy thing.

Maybe we’ll gather them together in a book one day. In the meantime, we’re thinking they should totally go viral. That is, with your help.

PS: I wanted to have a tagline on the backs of these babies saying, “When you care enough to send the very worst” (you know, like Hallmark), but the lawyers thought it was too risky. 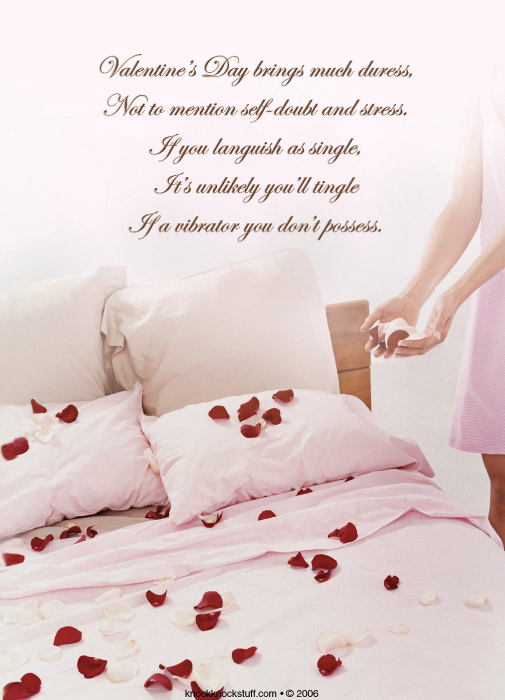