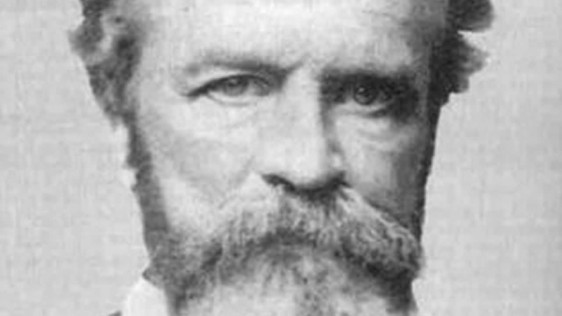 I lust after this man. Unfortunately, he’s dead. Meet my lover, William James.

For the monthly Head Honcho Hello, which I know all of you have marked on your calendars to read, I am usually tasked with coming up with my own topics. For this one, however, our gloriously brilliant and beautiful digital and marketing coordinator, Melanie Gasmen, had a couple suggestions of topics to tie in with upcoming outreach efforts:

Just so you know, I try to exist on as much of a “need to think” basis as I can—meaning my brain is only so big and there’s so much stuff going on, why think about things that don’t require thought? It’s one of the reasons I originally got GPS in my car. Even though I know my way around pretty well, why bother with figuring out exact directions for a new destination? It’s also the subject of one of my favorite quotes ever, which I do believe I’ve mentioned here before in reference to habit formation and new year’s resolutions, from the psychologist William James, brother of novelist Henry:

There is no more miserable human being than one in whom nothing is habitual but indecision, and for whom the lighting of every cigar, the drinking of every cup, the time of rising and going to bed every day, and the beginning of every bit of work, are subjects of express volitional deliberation. Full half the time of such a man goes to the deciding, or regretting, of matters which ought to be so ingrained in him as practically not to exist for his consciousness at all.

“Need to think” plays a big role in my work life. It’s one of the reasons why it’s so important to have coworkers who are really on top of things. When I delegate something or pass a project along to the appropriate person, I can, in most cases, let it go from my mind because I know the newly responsible party will take care of it and come back to me when it’s my turn again. Of course there are people in every group, organization, or family who cannot be trusted do to this reliably, so with them you have to keep that thing you passed along in the back of your mind just in case it slips through their cracks and you have to follow up. It’s one of the least favorite things to take up space in my brain because now the thing is not truly off my list and it’s not truly on theirs. It causes me to I lie awake at night thinking, “What do I have to follow up on?” or something will pop into my head to bolt me awake: “Wait, I never heard back from _____ on _____!” I don’t think these people realize what a mental intrusion it is when they are not trustworthy with tasks and other responsibilities they’ve taken on.

Which is an excellent segue into pet peeves. Oh, dear reader, would that I did not have such a bounty of pet peeves. I am a one-person irritation machine, and the only person being hurt is me. Take driving, generator of many, many pet peeves. When people do something idiotic, don’t use their turn signal, or otherwise exhibit complete and total selfishness and/or

self-involvement, I feel I must school them so that they will not do it again. Schooling them entails driving up next to them, looking at them piercingly and searchingly so that I can know what such an asshole/moron looks like (somehow, whenever I see them, no matter who they are or what they look like, I feel my assessment of them has been proven by their

looks/demeanor). Schooling them can involve a honk of the horn that isn’t necessary for safety; the finger; a verbal “Have you ever heard of a turn signal?”; or, in the case of bike riding, a swift open-handed thump to their trunk, the hollowness of which makes a startlingly loud noise and hopefully, for just a second, makes them think they hit someone. A few other pet peeves, in no particular order:

On to the reasons to panic about having children. There are many. For one, my nickname for the second kid is “The marriage killer.” Even though I hear from the frontlines that parenting is, like the Army, “the toughest job you’ll ever love,” nobody appears to wish they could reverse time and not have had their children, nor do they want to return them to the shelter from which they came. So in her worst moments, this barren spinster says, “Have your goddamn children and shut up with your panic because you chose this and you won’t want to have taken it back and your kids are kind of annoying to boot.” That said, I really hope you buy our incredibly cute and insightful book 100 Reasons to Panic About Having a Baby.

My own WTF moment amid this jumble of mercilessly social-media-driven topics? How, dear reader, do we choose just one? The sad fact of the moment is, I know I’ve had a million in the last week alone, and WTFs are pretty much all I talk about with my friends, but now I can’t think of anything under pressure—in fact, you could determine that Jen Bilik having nothing to say is a WTF moment. WTF?