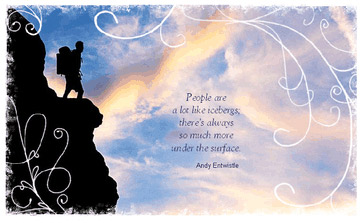 Every once in a while, the time comes when nothing but a paradigm shift will suffice in charting the future of a company. For Knock Knock, I’m excited to say, that time has come. For ten years now we’ve been toiling in the salt mines of wit and clean, contemporary design (of course, sometimes with a retro flair). When I launched Knock Knock, in 2002, I was motivated in part by the fact that the commercial world had grown increasingly homogenized. Everything was designed for the lowest common denominator and it appeared to be illegal to have one’s own voice, especially in something for sale in the marketplace.

A thought that drove me in starting Knock Knock (other than not to suffer any clients) was that there had to be enough smart people in the world to support a small paper products company founded on the strength of the written word and good design. I was right, and it’s been an amazing run of blood, sweat, paper cuts, and success.

Now, however, when I look around at tradeshows, in boutiques, at Target, on Hallmark.com, all I see is voice. I see snark, I see humor, I see self-referentialism. A clean, bold contemporary design sensibility is almost the default setting now. I’d like for Knock Knock to take credit for this sea shift, and perhaps we are a small part of it (I am certain, for example, that the proliferation of multiple-choice and fill-in-the-blank humor was inspired by us), but responsibility doesn’t matter here. What matters is staying ahead of the game and distinguishing ourselves from crowd.

Today that means something very different from what it meant in 2002. It means a return to bunnies, bows, and cursive. It means swallowing our pride and using Papyrus, Comic Sans, and Remedy. It means being earnest and sometimes rhyming. It means poor typesetting. It means writing “everyday” when what we really mean is “every day.” But most of all, it means very little.

I have to say, I’m slightly relieved that we’ll be making this shift. It’s exhausting being smart and funny all the time. It’s eye-strain inducing to be kerning letters to set them just so. It’s frustrating having brainstorms and coming up with so little with which to continue making our mark.

I would like all of you to know how proud I am of what we’ve done over these years, when what we were doing was still original and unique (in our future incarnation, we will say “very unique”). We are most grateful to you, friends of Knock Knock, for embracing us in all of our experimentation. But just because we’re changing doesn’t mean we won’t still be thinking of you. It just means we’ll be thinking of you in shades of purple, embossed cursive, and maybe a dash of glitter.

What a great segue. With our new identity, it’s only fitting that we should end with a biblical reference: “And on the first day of the fourth month, God created April Fools.”