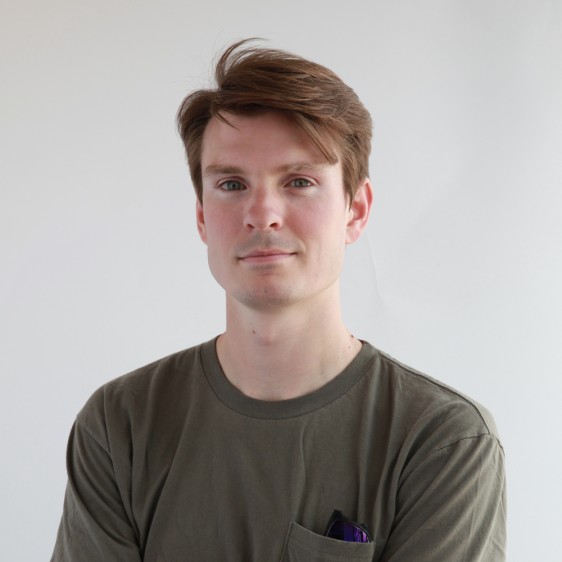 We’re psyched to introduce you to a handful of remarkable designers whose items will be featured during our tenth-anniversary party and “Fun & Functional” event with the American Design Club on November 10. We laud their work and can’t wait to see their stuff on display.

As a senior designer at Johnson & Johnson and a founding member of the American Design Club, it’s safe to say Henry Julier’s creative talent in the industrial design field is a force to be reckoned with. Check out this New York City designer’s work at henryjulier.com.

1. How did you get started as a product designer? Did you always want to be in this field?

I knew from an early age, maybe when I was 12 or 13 years old, that design interested me, but did not know how it would manifest itself. At first, I was drawn to architecture, but a chance to participate in a summer design program at Carnegie Mellon introduced me to industrial design formally. I feel lucky that I figured out what I wanted to do from a young age.

3. What’s the story behind your idea? What really inspired you to create it?

A while ago, in an old apartment, I was using flowerpots as bookends and thought they would work better with a flat side to them. I must have mulled the idea over for about two years before I even sketched it out and made some prototypes. It turns out the flat side works well, but also allows for a few other uses, such as mounting each pot to the wall. I would say it’s a typical process of mine to have an idea, but then think it over for at least a year. I try to poke holes in the design. If I’m still thinking about it twelve months later, it’s usually a good indication to me that I should pursue it.

The Shroom Shakers came from thinking about how to combine ceramic and cork in a simple way. This exercise yielded a few ideas, but the shakers came out on top. They are relatively simple, which is important to me, but the metaphor is strong and I am enjoying how friendly they are.

4. What was the hardest or most challenging part of designing this product? Any creative bumps in the road you dealt with?

The most challenging part of designing both of these pieces was learning to trust my judgment. Since these are objects with clear, functional roles, part of the challenge designing them was not thinking about what elements should be included, but rather what shouldn’t. So there was nothing there that didn’t need to be. The final designs are pretty close to my original sketches, which makes sense, considering I had been drawing them in my head for quite some time.

5. How do you organize your work process to balance fun and functionality in your own daily grind? Any tips you’d like to relay to Knock Knock fans?

I am lucky that my daily grind consists of designing products and packaging that will affect and hopefully help thousands of people each day. When I work on my own projects, I really have to set aside time in advance and create specific goals for myself in order to be productive. I find that planning is key and the busier my calendar, the more productive I am! The fun part is seeing my thoughts in the physical world, and then responding to those models, prototypes, etc., and making improvements.