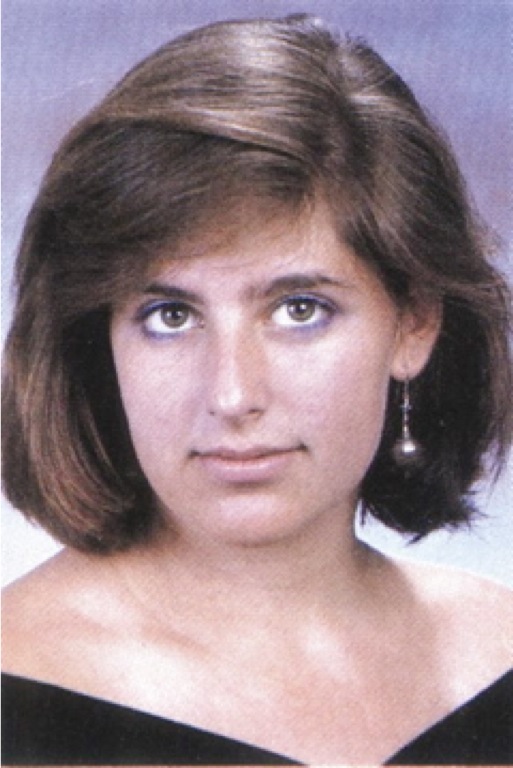 I am nostalgia prone. I am also future prone. What I am not is in-the-moment prone. Why would I want to waste the opportunity to obsess on the past and the future by being here now? If my past is any indication—and it is, because of nostalgia—then the only way for me to deal with the present moment is by dissociating from it by thinking about the past and the future. It’s been said that nostalgia is nothing more than hypochondria of the heart, and I am nothing if not a masochist (plus, as many employees might say, a sadist, which simply means I’m well-rounded).

My nostalgic tendencies are slamming together at the moment thanks to two big anniversaries—my twenty-fifth high school reunion, this August, and this year, 2012, Knock Knock’s tenth year.

First the reunion. I don’t know if I’m going to go. Pathetically, I’m going to be in Berkeley anyway, for the first time in years (avoided because I have a little bit of a nostalgia-related complex about it), so not to go would make a bit of a statement. However, I have many friends who live in the Bay Area who aren’t going, so isn’t that kind of the same? I mostly feel guilty toward the people who are organizing the reunion (the same people who ran student government and organized the tenth and twentieth), volunteering their time and energies, and also worry that perhaps I’ll end up skipping something I’d actually enjoy or value (FOMO: fear of missing out, an advance form of nostalgia, or pre-nostalgia).

I had a great time at my ten-year, not such a fantastic time at the twenty-year. “I’m already in touch with all the people I want to be in touch with,” say so many of my friends. Berkeley people tend to stay in touch, and Facebook has made those circles even wider and more in touch. But it isn’t just close friends I want to see. It’s also great to check in with elementary and high-school acquaintances or short-time friends, to whom, because your world was still so small (if you grew up in just one place), you were actually much closer than you thought. Or at least much more intimate and familiar, like colleagues you saw at work every day for years. Then there’s the batch of people, in which I am, of course, included, who are afraid to go because of our failures—we haven’t married, haven’t procreated, haven’t been successful professionally, haven’t aged well, look like crap, etc. We’re afraid that our own buttons will be pushed and we’re afraid that others will judge us and then whisper about us in phrases starting, “Isn’t it a shame that Jen . . .” or ending “. . . Jen had so much promise.” The only thing we can be sure of is that our own buttons will be pushed, because most people I know want to see us anyway, irrespective of our personal failings. Which isn’t to say they won’t talk shit about us until the thirty-year.

Can I just say, as an aside, before I move on to Knock Knock’s ten-year anniversary, that spouses at reunions bug the shit out of me? LEAVE YOUR SPOUSES AT HOME.* Yes, I understand that you want to show to your spouse all these crucible people who forged you into the fucked-up person that you now are (or better yet, that you’ve carefully and painfully overcome—kudos!). Yes, I understand that you may be one of those weird people for whom everything is still more fun with your spouse, and that you feel more secure with that person at your side. Yes, I understand that you want to prove to everybody from high school that someone saw fit to stand up in front of friends and family and claim you and have children with you and prove you as worthier than those of us who did not get chosen. But weren’t the tenth and twentieth reunions enough for that? Because here’s the thing: I AM NOT COMING TO THE REUNION TO MAKE SMALL TALK WITH YOUR SPOUSE! I do not give a shit about your spouse. I do not care what your spouse does for a living. I do not care how you met your spouse (unless, of course, you want to tell me). I do not want to catch up with you AND YOUR SPOUSE at the same time. I have plenty of opportunities to meet other people’s spouses in real life. Leave the reunions out of it.

But this is a Knock Knock blog, no? That’s right. Okay. Back to Knock Knock. So, 2012 is our ten-year anniversary! That’s a big deal for small businesses, I hear! We have all kinds of amazing celebration stuff coming up in September, October, and November, in part because we don’t really have one particular day that marks our inception, so why not push it toward the end of the year? It is, after all, a company founded on procrastination! One of the things I thought would be really great to do is write a history of the company. You know, in like two weeks (the writing, not the history). All told in timeline format—and here’s the kicker—in the imperative tense. “You do this. You do that.” As if you were being ordered to do it all. As if you were being told how to do it. Because there certainly are not enough expository writing pieces narrated in that noble form. And I’m bossy, so it fits. Have I kept a diary? No. Have I composed a blog? Also no. So after trying to plot it all out from my memory, I dug back into the archived email. Ten years of it (though I’m only through the first two years). Talk about nostalgia. I feel it’s important here to note that nostalgia is not just positive. Especially for those of us who are masochists, while lost in nostalgia it’s especially important to ruminate* over things we did wrong, said poorly, people we hurt or alienated or who screwed us over, because experiencing the pain once just isn’t enough. Relive your fuckups time and again—it’s the self-evolved way.

I don’t know if I’m going to manage to complete the (three-volume, slipcased) history of Knock Knock in time for the ten-year anniversary, in part because (a) I’m procrastinating wildly, once again, and (b) it’s more painful than I thought, what with all those aforementioned relived fuckups and betrayals. Because starting and growing a business is not for the faint of heart.

But neither is high school, which brings this post all together. After all, isn’t that what you were looking for? A nice, neat little bow? So that when you think back on this post, you’ll feel nothing but nostalgia? You’re welcome.

*But it’s okay if you bring them to the Sunday picnic.

**“Ruminate” has one of my favorite etymologies. Do you know what ruminants are? They’re species including cattle, goats, giraffes, and deer that chew their cud, meaning they chew their food, swallow it, then regurgitate it into their mouths, chew it again, etc. It’s what allows them to break down cellulose or some such. They also have four-part stomachs, but I’m not patient enough to stick with Wikipedia for long enough to learn why that’s relevant. In Latin, ruminare means “to chew the cud.” So basically, when you’re ruminating, you’re digesting a thought, vomiting it back into the forefront of your brain, chewing it all over again, and repeating. Sort of like when you eat barbecue. Doesn’t that just bring it all to life for you?