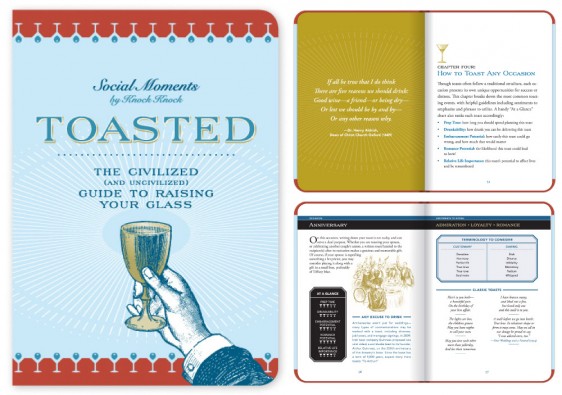 While we tip our hat to anyone who has ever had to endure an awkwardly bad toast, we thank Stacy from McAllen, Texas, for sharing hers with us. Congrats, Stacy, you’re our Terrible Toast contest winner!

I can’t help but blame myself for the terrible toast I witnessed. I had promised the groom I would keep his brother, the best man, company and entertain him, since he was not acquainted with anyone other than his immediate family. It started off with a few shots before the ceremony, then a few more at the reception. I kept refilling our glasses with some Puerto-Rican “jungle juice” the groom’s dad provided. The stuff tasted like fruit punch but was packed with alcohol. By the time the toast rolled around, the best man was so drunk and sweaty he was barely wearing a shirt when he gave his speech. He even forgot the bride’s name! He first called her by his sister’s name, then the maid of honor’s name, then my name, and finally when someone in the audience yelled the bride’s name he managed to get his speech back on track. At least the maid of honor managed to get a few laughs during her speech at his expense.

We sincerely hope you aren’t beating yourself up over this spiraled-down speech, Stacy. You had good intentions and it’s not your fault he couldn’t handle the drinking component of toasts. So you’ll receive $25 worth of Knock Knock stuff and a copy of our Toasted book. Maybe let the best man borrow it sometime?