In honor of our 52 Farts Playing Cards Deck, we picked three little-known card games to help spice up your next game night. 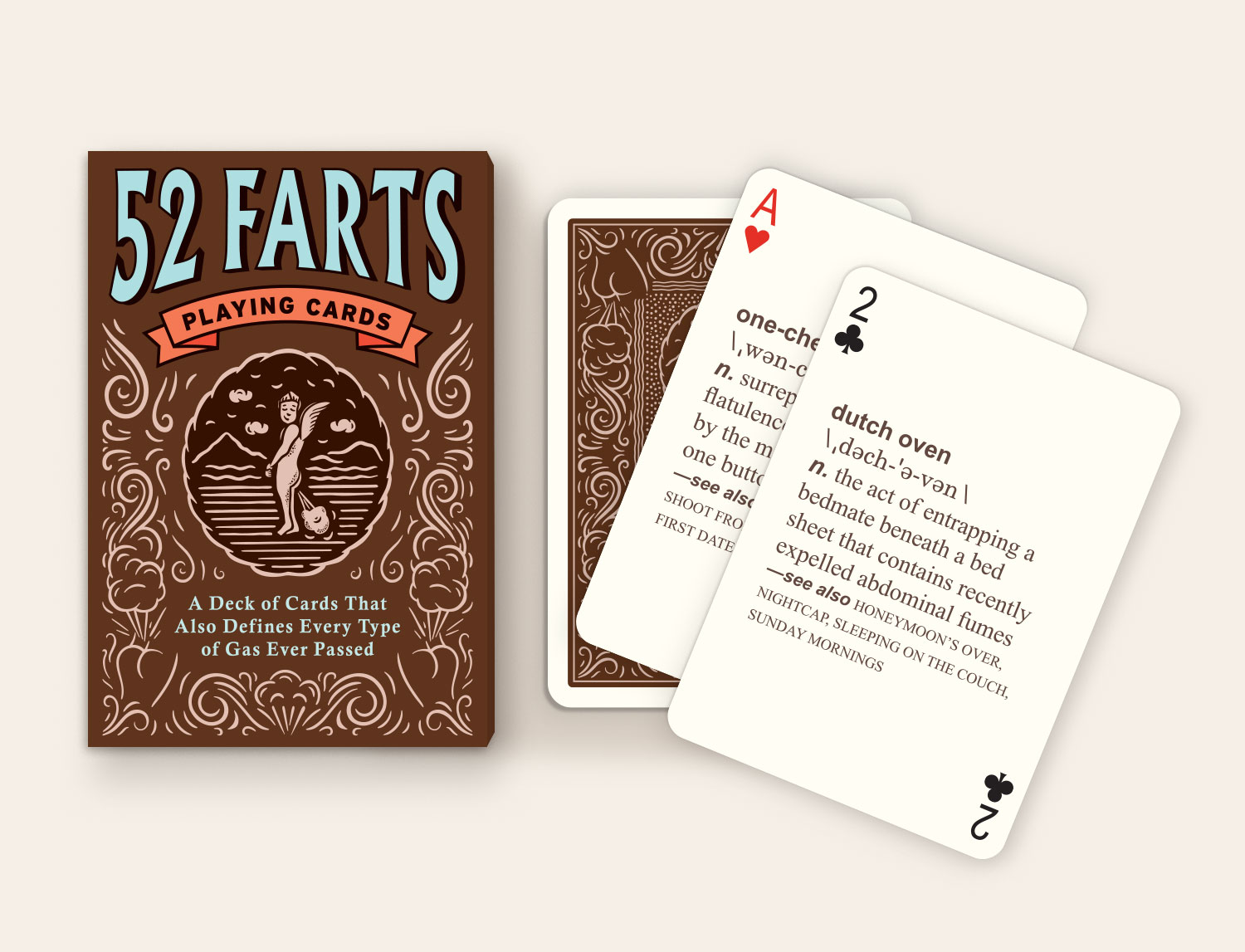 Goofspiel, also known as The Game of Pure Strategy or GOPS, was invented by Merrill Flood, an American mathematician, while at Princeton University in the 1930s.

Mao is a shedding-type family card game, where the ultimate goal of the game is to be the first player to get rid of all the cards in their hand without breaking certain unspoken rules. In fact, the game forbids its players from explaining the rules! New players are informed that “the only rule you may be told is this one” and the specifics are discovered through trial and error.

There are many variants of Mao, and we encourage you to explore variant rules! We’re sharing the starter-edition version only.

Rules vary widely between variants. Some common rules include:

Also referred to as Slam or Speed, Spit is a game of the shedding-type family of card games for two players. The goal of the game is to get rid of all your cards as quickly as possible. Players do not take turns; physical speed and alertness are required to play faster than your opponent! On each deal, by being first to play all your stock pile cards you can reduce the number of cards you have in the next deal. By being successful for several deals you can eventually get rid of all your cards, thereby winning the game.