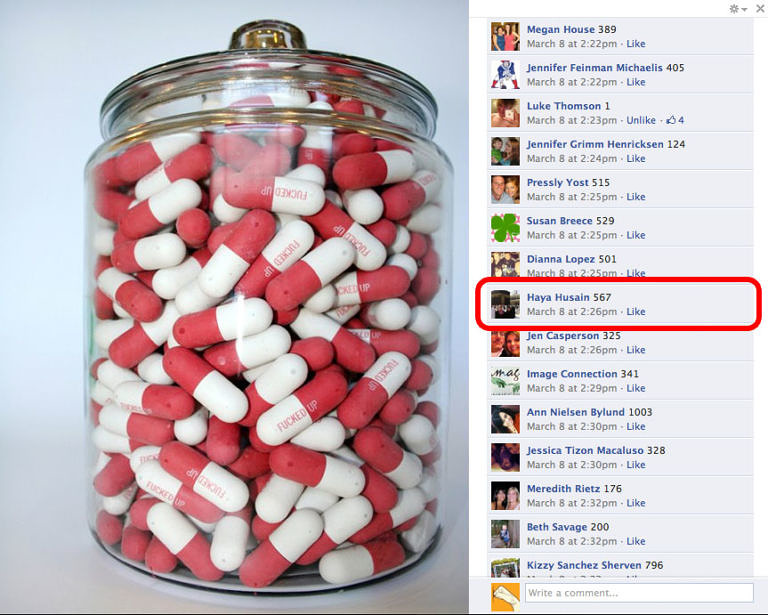 We assume you guys must love guessing games, since over the last two weeks we received nearly 300 entries for this contest.

Now, you must be itching to find out what the exact number is. Here’s a clue . . .

Sorry, we couldn’t contain our own excitement. But yes, there were 567 erasers in that jar.

We were surprised that the day we announced the contest, not one, but two people guessed the number exactly right. However, time was all the difference, and the person who entered first was named the winner. 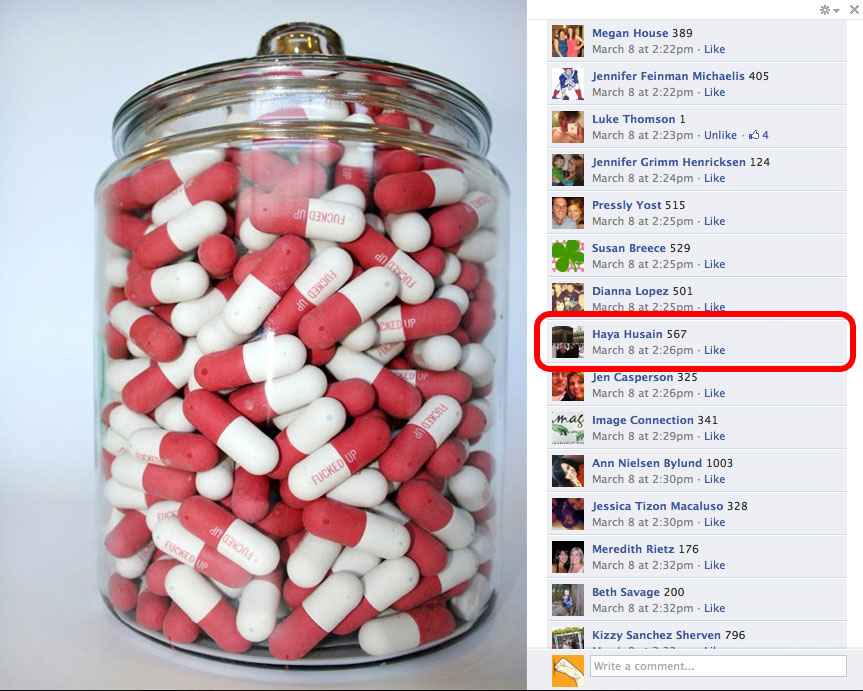 Haya, expect a direct message from us to collect your winnings—$30 worth of Knock Knock stuff!

And thank you all for entering. Many of you weren’t very far off, since the average guess was 447 pills. You smart guessers, you. 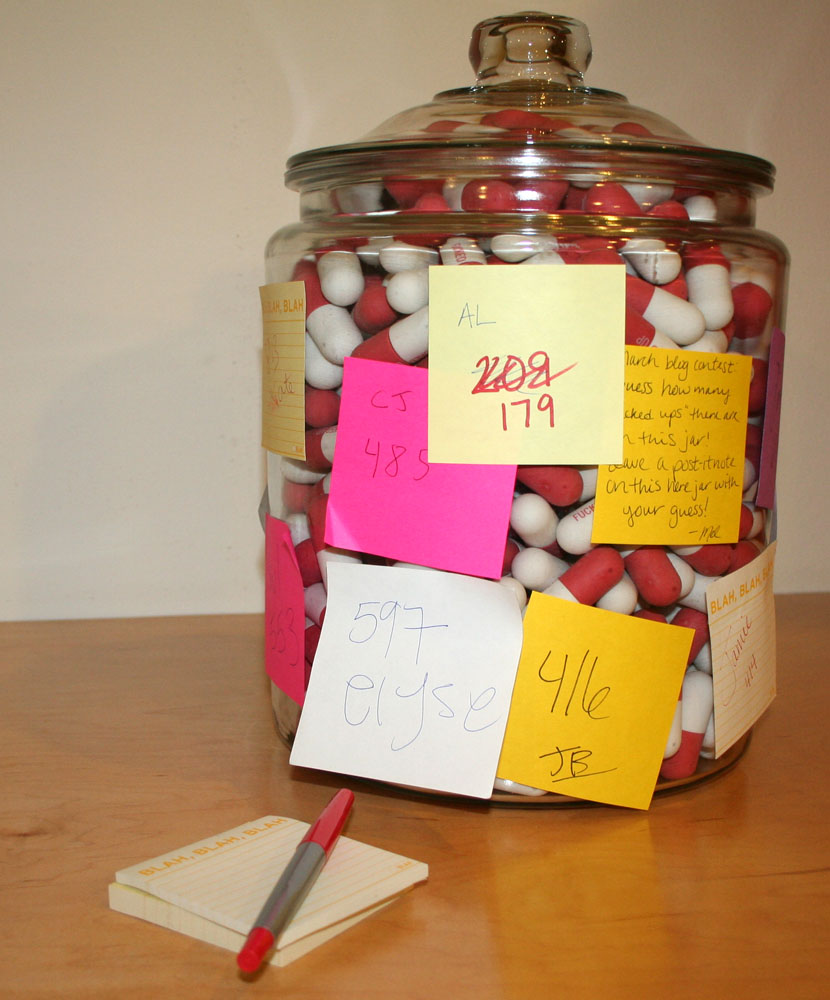 We had an office version of this contest going on simultaneously, where Knock Knockers wrote their guess on a sticky note and stuck it on the jar. Although, our head honcho submitted her guess via email.

Anyways, congratulations to Paul, our assistant manager of operations and customer service!

He guessed 553, and won a heap of office bragging rights. Way to go, Paul!

This just in. Little did we know that Paul and Gil, our director of operations and customer service, pulled yet another office prank. They stuck the fake rat, a pranking staple at Knock Knock, in the Pill Eraser jar a week ago, hoping that our marketing and digital coordinator (myself), would do a recount and subsequently freak out. Instead, Paul ended up dumping the contents himself, revealing their little trick.