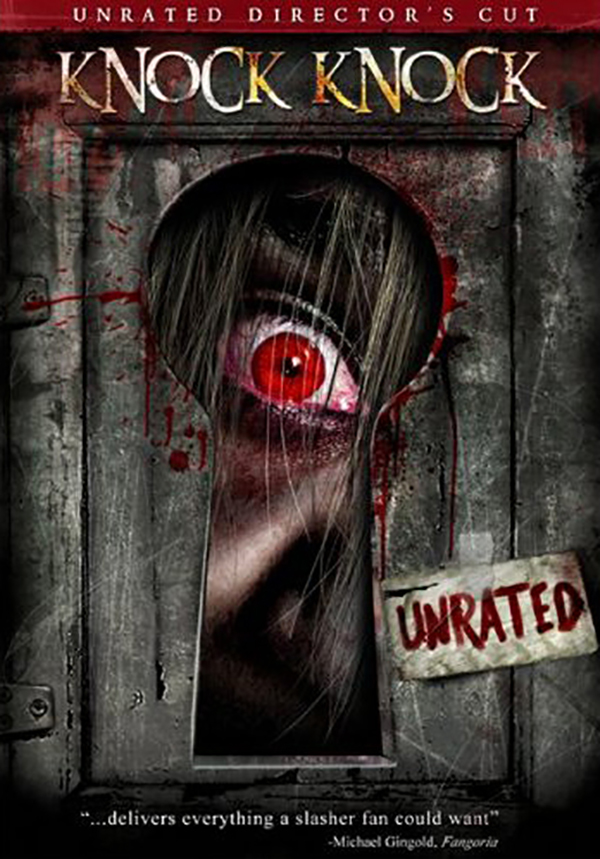 Without chance, the world would just be boring. And without Google Roulette Mondays, in which we put a chosen word or phrase into Google Images to see what comes up first, frivolity would have no meaning.

We were bound to throw our company’s name into Google Roulette at some point; however, we didn’t predict the results would be this frightening (frighteningly corny, that is. It’s pre-Halloween appropriate, though). According to this week’s Google Roulette, “Knock, Knock” is in fact the title of a 2007 low-budget, B-rated horror flick that seems to resemble a poor man’s “Jeepers Creepers” (if that’s even attainable). Check out the first and fifth Google Images results, which we’re guessing is both the movie poster and DVD cover.

For all of those intrigued by this film, here’s a watered down summary of the movie, taken from one of its two pages on Rottentomatoes.com. (And why it would have more than one entry is beyond us):

When a group of popular high school students cross the path of a deranged serial killer, the bloody aftermath causes the local residents to lock their doors and cower in fear. Slaughter has come to a small town America, but who could be responsible for such a horrific atrocity?

Okay, so it sounds like a legit slasher movie after reading the summary. (Note that we didn’t include the whole summary, so as not to spoil the movie for those of you who are now dying to watch it.) But wait—you must watch the trailer next.

Furthermore, the reviews for this movie were nothing short of complete dissatisfaction, which is pretty disappointing. Since we do share a name with this movie, we would’ve liked it to have top-notch scares or at least substance. (That’s how we roll at Knock Knock.) The audience reviews were mildly harsh yet amusing:

“. . . the killer. He’s like Leatherface only without the leather. He’s more like Bandageface.” –Uncle Creepy (And with a name like Uncle Creepy, his critique should hold some value.)

“An awful movie with no point. I watched some of this at a friend’s house and was happy when the disc stopped working and we watched another movie. “ –Cassie Hill

“When it comes right down to it, Knock, Knock is a joke with no punch line.” –Tanuccoon

Lastly, it’s a shame that our products don’t show up in Google Images until the thirtieth result. We feel like we’re more deserving to appear in the top ten results (minimum) than ole Bandageface.

Someone give “Knock Knock” a Hot Mess Citation, please.