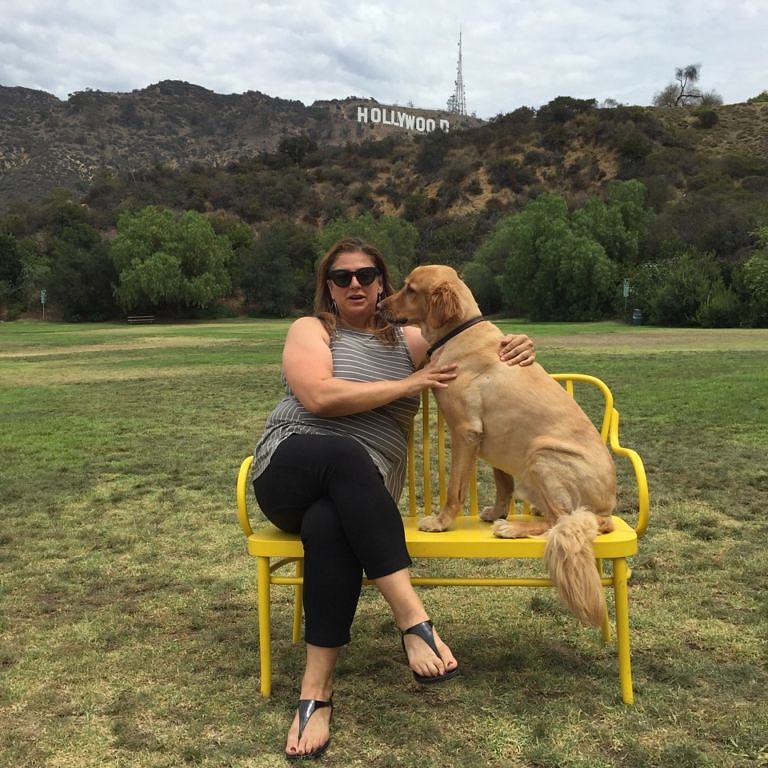 This picture is clearly an “After”—as in, after I learned to love Los Angeles. It was taken as part of a photoshoot for our book "Lick" by Ty Foster. A subsequent post will explore my “Before,” both my Bay Area bias as well as the unidimensional Los Angeles of my actual childhood experience (here’s a teaser: malls, Disneyland, freeways, Sam’s Club, trailer parks).

When I moved to Los Angeles from Manhattan in 1998, exactly twenty years ago, my interest in the city had only recently been piqued. Growing up in the Bay Area as I did, hatred of Los Angeles was our birthright—though we characterized it as a rivalry (little did we know, it was totally one-sided). But New York certainly looked down on L.A. too, and I found I had to do lots of explaining about my decision to move here.

The Los Angeles I had just begun to learn about—the Los Angeles with history, nature, creativity, drive, dynamism, ambition, art, architecture, underbellies, and its own distinct culture(s)—was most certainly not the Los Angeles of my youth. For the first two years I was in L.A., I saw the city as a well-kept secret, until it struck me that, with a population in the many millions, the secret wasn’t so well kept after all. With my anti—Los Angeles blinders, I just hadn’t been in on it.

I quickly became a Los Angeles defender. It’s odd that such a behemoth would require a champion, but one of L.A.’s charming peculiarities is that it’s a Goliath megalopolis that requires a David-like slingshot to safeguard its good name. When I traveled or hosted visitors, my new city was disparaged and I was mocked for living there. All good-naturedly, to be sure, but at a certain point I started to wonder why that was okay. I would never make fun of their homes (to their faces). By contrast, Los Angeles has somehow always been fair game.

The moment I knew someone had to mount a substantive defense of our fair city was when I first read Los Angeles—based journalist and urbanist Alissa Walker’s “haterating” blog series, in which she thoughtfully and incisively assigned points to every tired, banal cliché that otherwise rigorous writers fell back on about L.A. It remains mystifying that otherwise top-notch publications such as the New York Times, Vanity Fair, the New Yorker have persisted in being so ignorant on Los Angeles. Alissa’s points added up.

The idea for this book—myth busting with history, truth, and, you know, actual facts—emerged. I asked Alissa if she wanted to write it, but she entrusted the concept to me and the team here at Knock Knock, the gift and publishing company I started in 2002. And so we began what blossomed into a two-and-a-half-year process of envisioning, researching, and writing This Is (Not) L.A.: An Insider’s Guide to the Real Los Angeles: Debunking the Clichés, Crushing the Haters, and Generally Making You Wish You Lived Here (or Happier That You Already Do).

While Knock Knock has generated intensive nonfiction in the past (which is also what I did as an editor and writer, prior to starting Knock Knock), it’s a lot of a certain kind of work and pretty hard on the team. To the book’s great benefit, our staff of loyal Angelenos shared my passion for the project and went way above and beyond to make it happen. That is especially true in the case of the book’s coauthor, Knock Knock editor and writer Kate Sullivan, whose journalism background allowed her to bring exactly the right spirit and sensibility to the project as the primary writer, researcher, and editor.

We are especially honored that the iconic Jonathan Gold wrote a beautiful foreword for the book. With the rest of Los Angeles (and the world), we mourn his passing, and hope this book serves as a tribute to his love for L.A. I also shrieked with joy (and I’m not usually a shrieker) when the email came in with Los Angeles Mayor Eric Garcetti’s blurb for the book—maybe one of the best cover blurbs I’ve ever read: “Growing up in the Valley, I always knew L.A. was bitchin’. Read this book and you’ll know it too.” And we couldn’t be more thrilled to have the Natural History Museum of Los Angeles throw us a launch party, dovetailing with their newly permanent exhibit on the city, Becoming Los Angeles.

With each seal of approval from anybody who knows about and loves Los Angeles, this book’s team has been utterly delighted and grateful. But you know what’s maybe best of all? I believe we’ve finally got the definitive non-defensive defense of Los Angeles, one that can simply be handed to people who ask, “Why do you live in L.A.?” It needed to be written, and I hope that it is read. Because you know what? Los Angeles kicks some serious ass. And once you understand our city, you’ll love it too.