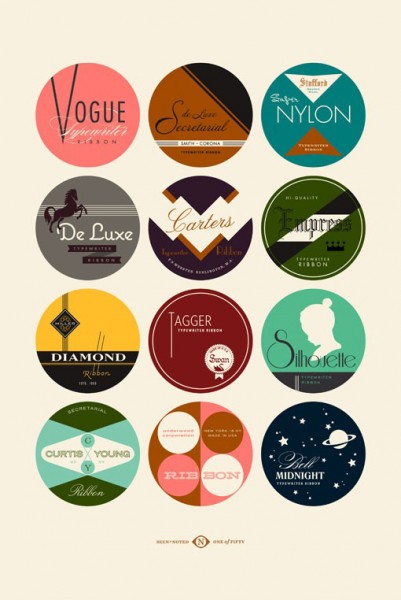 My name is Alexis, and I’m an addict.

Every day I enter the Knock Knock office through the business side (because their door is always unlocked in the mornings), stroll through the kitchen where I drop off my lunch, then head upstairs to get settled. I log in, open my fonts folder, launch my browser, and type in Pinterest.com. And the daily obsession begins.

Anyone that’s used Pinterest knows it’s incredibly easy to get lost in looking at images your friends and complete strangers have pinned. I first started pinning out of curiosity, but I’ve been doing it for months now. In addition to finding heaps of crockpot recipes (ideal for a chick living in a studio apartment at the beach with only a kitchenette), I also find daily design inspiration.

I currently have several boards going, with themes such as “I like type” (exquisite type treatments I wish were my own), “For future reference” (miscellaneous images and color palettes for future projects), “Yum” (treats I’d like to make), “Pretty skin” (beautiful tattoos), and of course, “Things I’ve made” (products I’ve designed and other people have pinned. What can I say? I’m proud of what I’ve done at Knock Knock!).

Recently, I was working on a new product (which shall not be named) for Fall 2012, and our creative director Craig suggested I look at art from tins and pill containers along the lines of Sucrets. Those with a sane mind would probably begin a search on Google, but not this designer. Instead, I headed right to Pinterest, pulled a folder of images onto my desktop and immediately began sketches for my second round of covers.

I refined my designs and presented them at our weekly Work In Progress (WIP) meeting in front of the creative directors, sales and editorial teams, and of course, our head honcho. The result of WIP meetings can go many ways—from “back to the drawing board” to “not quite right, but almost there” to my favorite, which happened other day, silence. If you read our blog (and clearly you do), then you know that the Knock Knock team is rarely at a lack for words.

I can honestly say I’ve only presented a handful of designs that have had such an effect on them. Everyone leaned in around the conference room table, examining the design. I looked from face to face, waiting for some kind of reaction—raised eyebrows, scowls or furrowed brows, chuckling, rolling eyes—anything! I’d take what I could get.

When the quietness finally broke, it was clear the silence was a very good thing. The team couldn’t decide which among the bunch they liked best! A win for this designer (wipes invisible dirt off shoulder). Thanks to Pinterest, finding inspiration for this project was a cinch. I think this product is going to be a beautiful addition to the Fall 2012 line. But you can be the judge.

All of you obsessed with Pinterest, much like Alexis, should check out Knock Knock’s boards! (Yup, we jumped on it.) Happy pinning!