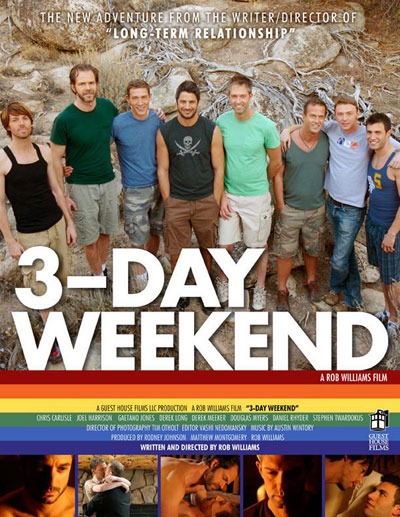 Even though we really wanted to, we did not manage to watch this movie over the three-day weekend.

FYI: Contrary to the above, it is Tuesday, not Monday. That’s right. And Wednesday will feel like Tuesday, and so on, with that pleasant four-day-week-it’s-going-so-fast glow, tempered by the anxiety of those who have no idea how they’re going to get it all done in time.

We’re lucky to have a three-day weekend (hooray for employment! crap that it’s already over!)—hence our chosen phrase for today.

The first image is a cartoon that first made us scratch our heads, second prompted us to wonder whether it was anti-Semitic, and third made us want to go skydiving at some point.

The second image revealed that 3-Day Weekend is the title of a low-budget gay feature. Who would have thunk it? It’s not clear whether it’s pornographic (and we didn’t watch it). It’s not rated and there’s a narrative storyline (it’s a drama), but in the list of IMDB “plot keywords” (a feature we’d never explored before), the first is “male frontal nudity.” Which we think more films should have. You’re probably wondering what the other keywords are. Here you go: