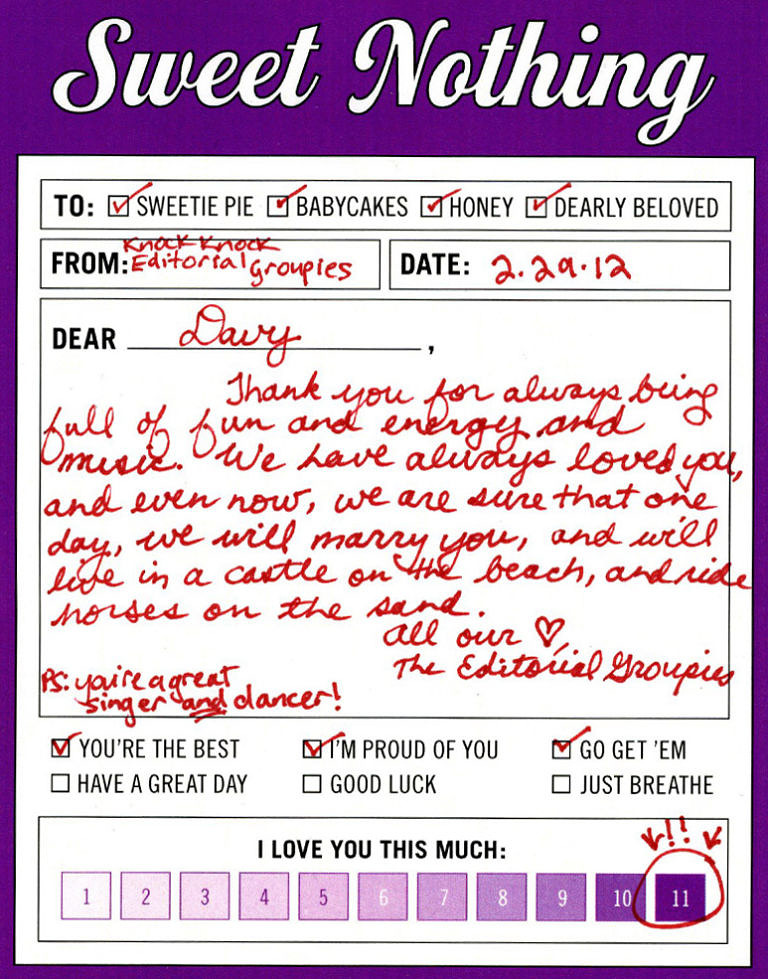 Last Saturday was cold, and I stayed at home to do laundry and clean house. For company I had The Monkees DVDs playing all day in the living room. It was excellent. As I discovered, it’s difficult—nay, impossible—to sustain any really respectable ennui while The Monkees is on all day.

I decided that this would be my new thing—The Monkees, all the time. And then Davy Jones goes ahead and checks out a couple days ago—throwing a you-know-what-kind-of-wrench in the plan. Damn you, Davy.

But thank you, Davy.

Judging by many of the obits, it was not easy being Davy Jones. People feel they should apologize for having been fans. One NPR senior editor went so far as to write that she was “embarrassed” and felt shame about her childhood crush on Davy.

That just brings me down, man. I have no shame—and, in fact, I feel lucky that they showed Monkees reruns when I was little, so that I, too, could experience crushing out on this quintessential manchild. (The TV show was cancelled after only two seasons.)

Little kids have always gotten the awesomeness of the Monkees. But Davy personified what a lot of older people thought was wrong with the Monkees. Davy was an actor. He didn’t appear to play an instrument. He was cute. He had no gravitas. As the face of a band so ridiculed and belittled (even now), he must have borne the brunt of that stigma. But he seemed to do it with good cheer.

The truth is that the Monkees were legitimate pop artists, creating influential and visionary TV and film—seriously, you can’t judge them until you’ve seen their prescient, postmodern feature, Head (co-written and coproduced by Jack Nicholson). Musically, they forced themselves through a kind of rock ’n’ roll bootcamp, and less than a year after their TV show’s debut became a real, live touring band. They played and wrote songs for their extraordinary third album Headquarters, and every one after that.

And none of it would have worked without Davy. He brought a totally sincere joy of performance to the proceedings that cut through the irony and made something real and delightful (like his silly rendition of Harry Nilsson’s “Cuddly Toy”). Davy was a showman, a Broadway crooner, a hoofer, and he had no shame about it, however uncool it might have seemed to some. He danced with naked pleasure, and sang with an innocence that was outré at the time—but could be utterly affecting when paired with the right material. A friend saw him perform “Daydream Believer,” oddly enough, on U2’s superslick, mega-ironic “Popmart” tour, and completely win over a stadium audience you’d think would have been over it. But Davy was never over it.

We should all be so uncool.