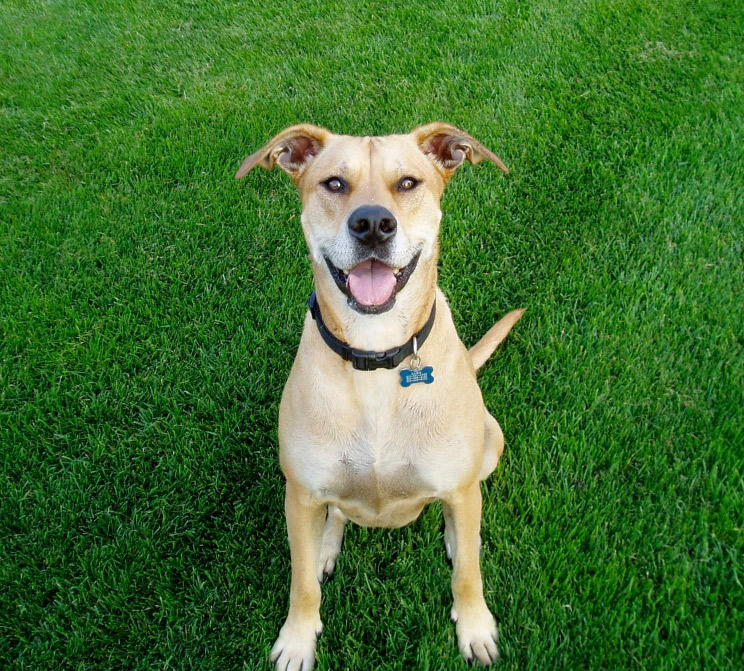 Our beloved Maisie, the furry heart and soul of Knock Knock, passed away last week, and we are heartbroken. 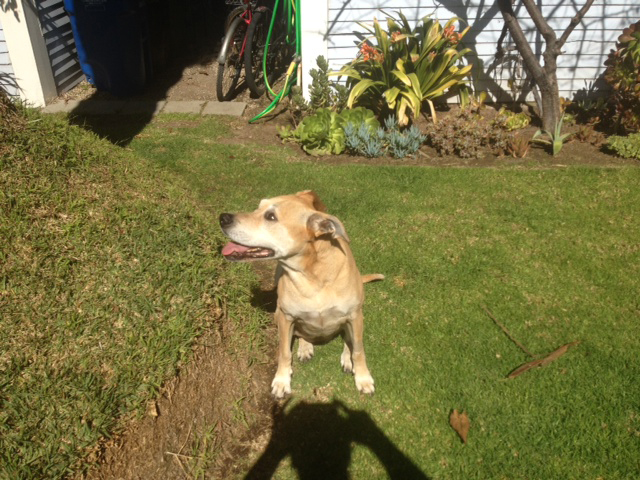 Every dog is special. But Maisie was special. A model of self-possession, she was preternaturally calm and keenly observant. She had a remarkable poise even the humans among us admired, and a dignity that demanded reciprocation. She was also capable of great affection and all the enthusiasm and tail-wagging of a puppy, even near the end of her life.

Besides Jen, Maisie is the original Knock Knocker. Jen rescued her as a puppy in early 2001, and the two were on a walk in Venice when they spotted what would become the Knock Knock offices. Maisie was the mascot of the company, featured prominently in our early catalogs and on our website. 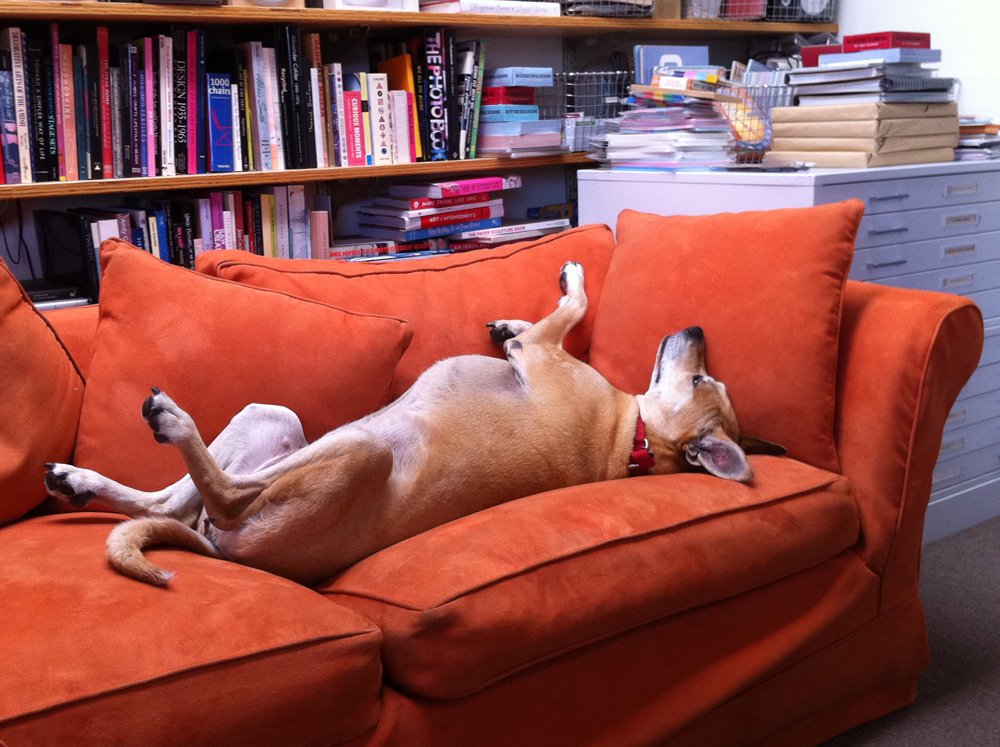 Maisie came to work nearly every day, and sprawled luxuriantly on the orange couch. She also liked to plop down in the middle of the floor, thumping her tail and accepting scratches and treats. (She never begged, but did have an effective Jedi mind trick, looking at you with a grave vulnerability that just made you want to feed her.)

Maisie lovingly tolerated her rambunctious younger brother, Paco, who joined the family six years ago and adored her. And though he often tried to compete with Maisie for the attention of others, she never stooped to engage in such tactics. 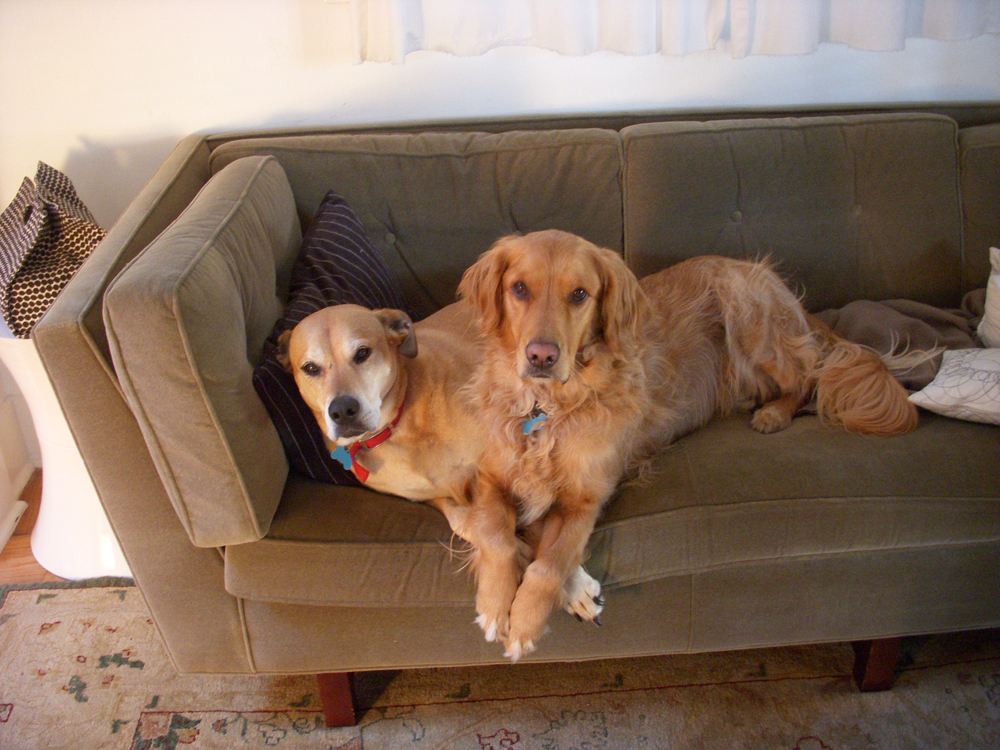 She didn’t need to. We just loved Maisie, and she knew it.

It’s hard to imagine life here at Knock Knock without the musical thwacking of her tail or the jingle of her collar.

Farewell, Maisie. Go play. We will miss you. 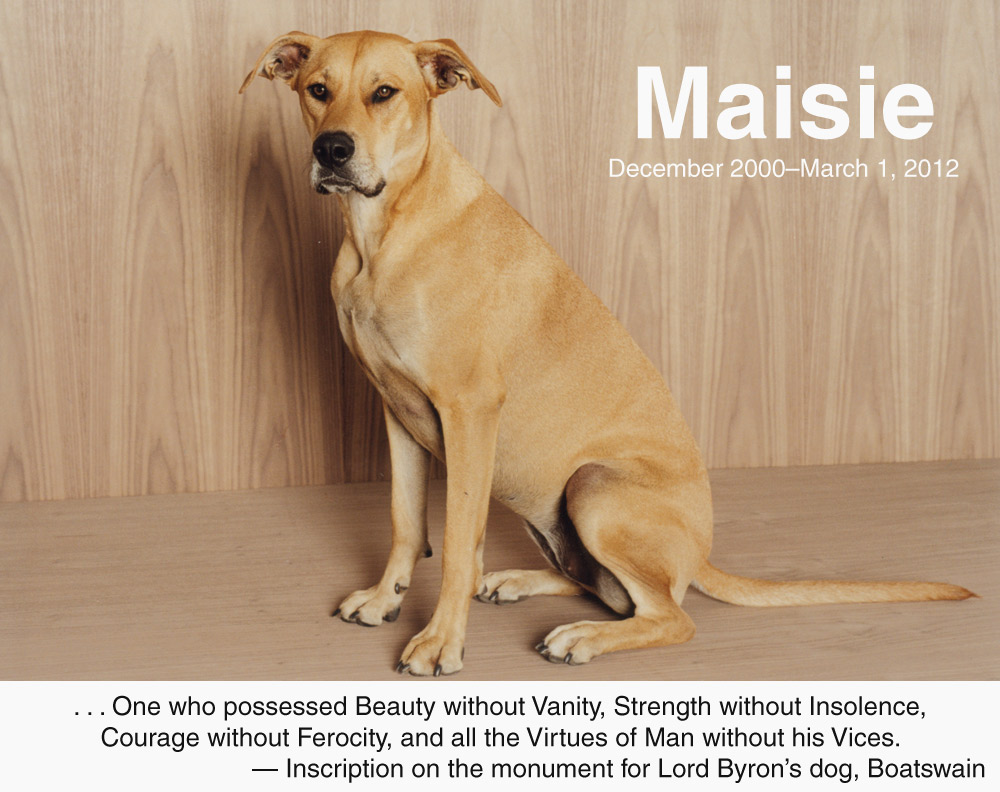