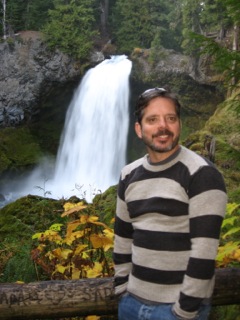 Matt Katzenson, CEO of Fine Lines Company and a longtime friend of Knock Knock, wrote this piece. His company became one of our rep groups early on and works, to this day, distributing our product wholesale to retailers. We’re treating this post as an indication that a certain someone already has his tenth-anniversary party hat on, making us feel oh-so happy and appreciative.

Has it really been a decade since I first met Jen Bilik? It was 2003 when she first came to our showroom and we talked about taking the line on at Fine Lines Company. This was way back in the day, when her list of “things you must do to make me happy” had only twenty-two items on it. (Note that with the passage of time she’s become much more demanding.)

Admittedly, I first found Jen a bit intimidating—she used really big words, talked fast, and I thought she was probably a lot funnier than me. Knock Knock was funny, but full of multiple-choices, long checklists, and so much to read. I worried and thought that with ADD becoming the new national epidemic, was this line doomed to fail? I took it on anyway. It was unique, it was complex, there was nothing like it out there.

Well, it took off. It sold. People LOVED it. (They still do.) Like its creator, Knock Knock doesn’t dumb down communication, but has a knack for getting to an essential truth with just the right amount of honesty and wit to overcome what might otherwise be quite an insult! They’ve even managed to create an entire book of insults and somehow made it look harmless, even . . . quaint.

In the last ten years, we’ve been through a bubble and an economic collapse with Knock Knock. At the height of the Great Recession, we even called Jen in to give a lecture to an audience of panicked retailers. She called it “Why Funny Sells in a Tough Economy” and not only did it rival some of the best stand-up comedy I’ve seen, it was sharp, focused, inspirational, and full of great information—a lot like Knock Knock. Incidentally, funny did sell in a tough economy, and our business with Knock Knock increased even while the economy was in a free fall.

Every day, lines are submitted to us for representation and we’re always looking for the next Knock Knock, the next Jen Bilik. So far, we haven’t found another. There’s only one, and we’re glad she’s here.

Thanks for a great ten years, Jen—here’s to a few more decades!